Mexico is the intense fervent lover that leaves you gasping for more sultry flavors and exquisite pleasures. The lover whose every word you hang onto so desperately, hungrily searching for a hint of affection or an ephemeral wisp of attention. Mexico, you are the passionate lover whose slightest brevity of touch can send anyone into a whirlwind of ecstasy.

Like any romance, lust fades when you truly open your eyes and discard the cardboard cutout your being so easily swallowed.

You left me aching. You left me wanting to entrench myself further into your jungle, succumbing to the enchanting Mesoamerican rituals and the eternal exploration of my inward and outward universe. I left when I had already accustomed myself into making my daily customs learning about you, about your past, your present, and future. I left at the peak of my excitement, returning to the mundane reality of working to stay barely afloat within my societal constraints.

But the truth is, you agonize more than any of us could imagine. Your resilient culture and nature is in a constant battle within itself and with others. You struggle to live and stay upright upon the millions of dissipating ashes of the suffering and pillaging you were built upon.

Yet, what keeps you alive is the unsung hero of many other Latin American countries, tu gente. Your people fight internally until no end, enduring the constant frivolous games of the rich and powerful, whose hunger for money is insatiable. They protest and revolt to defend your natural and cultural beauty. El pueblo endures until the straw on their backs can no longer be borne. Your people transverse arduous territory into a gluttonous country who ultimately seeks to exploit you to your bare bones. But you stand, with each aggressive push and shove you stumble and stand up stronger.

I envy your richness. I wanted to consume all of your rare art, interlaced with decades of mesmerizing folklore and incomprehensible beliefs. The intelligence and creativity of your past cultures shocked me, igniting a premature pride in your innovations and advancements way ahead of the white aliens who simply superficially suppressed you. My five senses were appetent to explore you, for my mouth especially experienced delicacies which quickly convinced me to forget all about “beautiful” stereotypical body standards. I laughed, I cried from laughing, and I felt your pain radiating from your diverse ecosystems you so easily welcomed me to visit.

I’ve left you, for now, knowing that this present isn’t our time. But I know I will see you again, in a much more mature state and clarity. I thank you for permitting me to delve into your vulnerabilities and simply giving me more than I could ever return.

“The most traditional style piñata looks a bit like Sputnik, with seven points, each with streamers. These cones represent the seven deadly sins, pecados – greed, gluttony, sloth, pride, envy, wrath and lust. Beautiful and bright, the piñata tempted. Candies and fruits inside represented the cantaros (temptations) of wealth and earthly pleasures.

“As with so many iconic dishes in a country’s culinary heritage, Mexican mole has a creation tale.

The story goes that in the late 17th century, the Dominican sisters of the Convent of Santa Rosa in the city of Puebla heard that the archbishop was to pay a visit. The sisters had to scramble to put a meal together and gathered the ingredients they had — dried chili peppers, chocolate, old bread, nuts and more — to make a sauce for wild turkey. The meal was such a hit with the archbishop, legend has it, that mole became a symbol of Mexican cuisine (up there with the taco).” 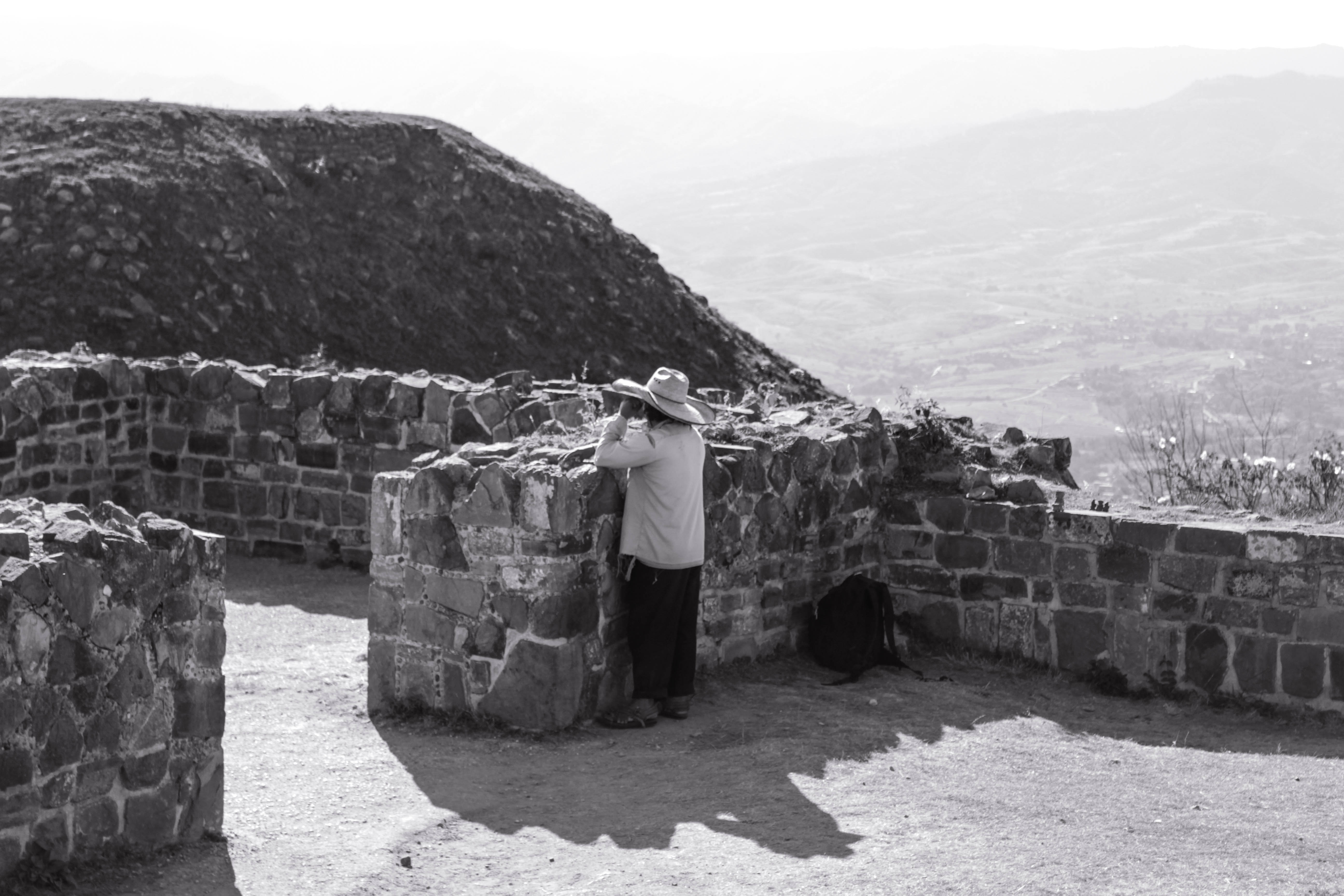 “Inhabited over a period of 1,500 years by a succession of peoples – Olmecs, Zapotecs and Mixtecs – the terraces, dams, canals, pyramids and artificial mounds of Monte Albán were literally carved out of the mountain and are the symbols of a sacred topography. The nearby city of Oaxaca, which is built on a grid pattern, is a good example of Spanish colonial town planning. The solidity and volume of the city’s buildings show that they were adapted to the earthquake-prone region in which these architectural gems were constructed.” 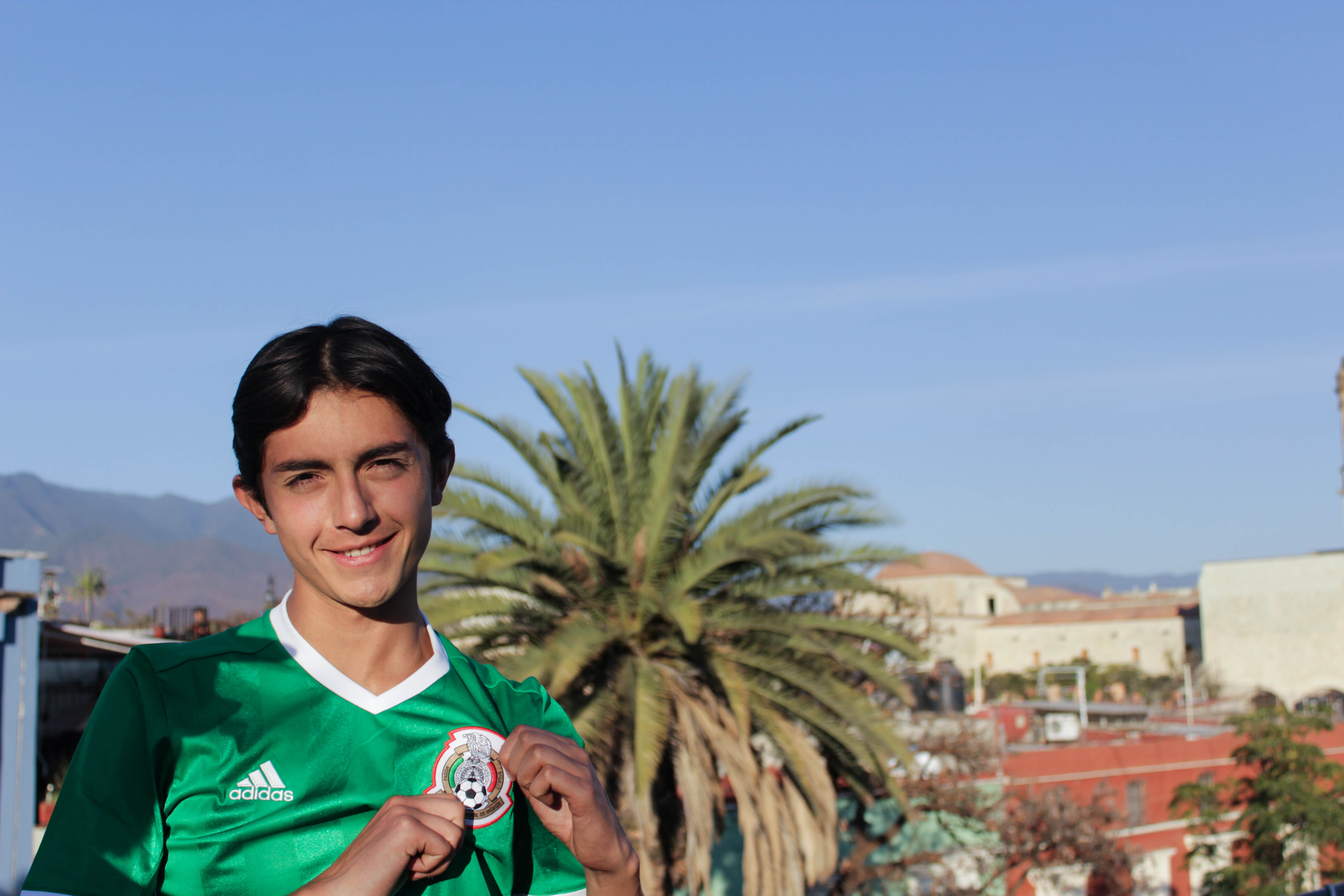 thank you, friend 🌹 ESPECIALLY for this hairstyle and the goofy faces 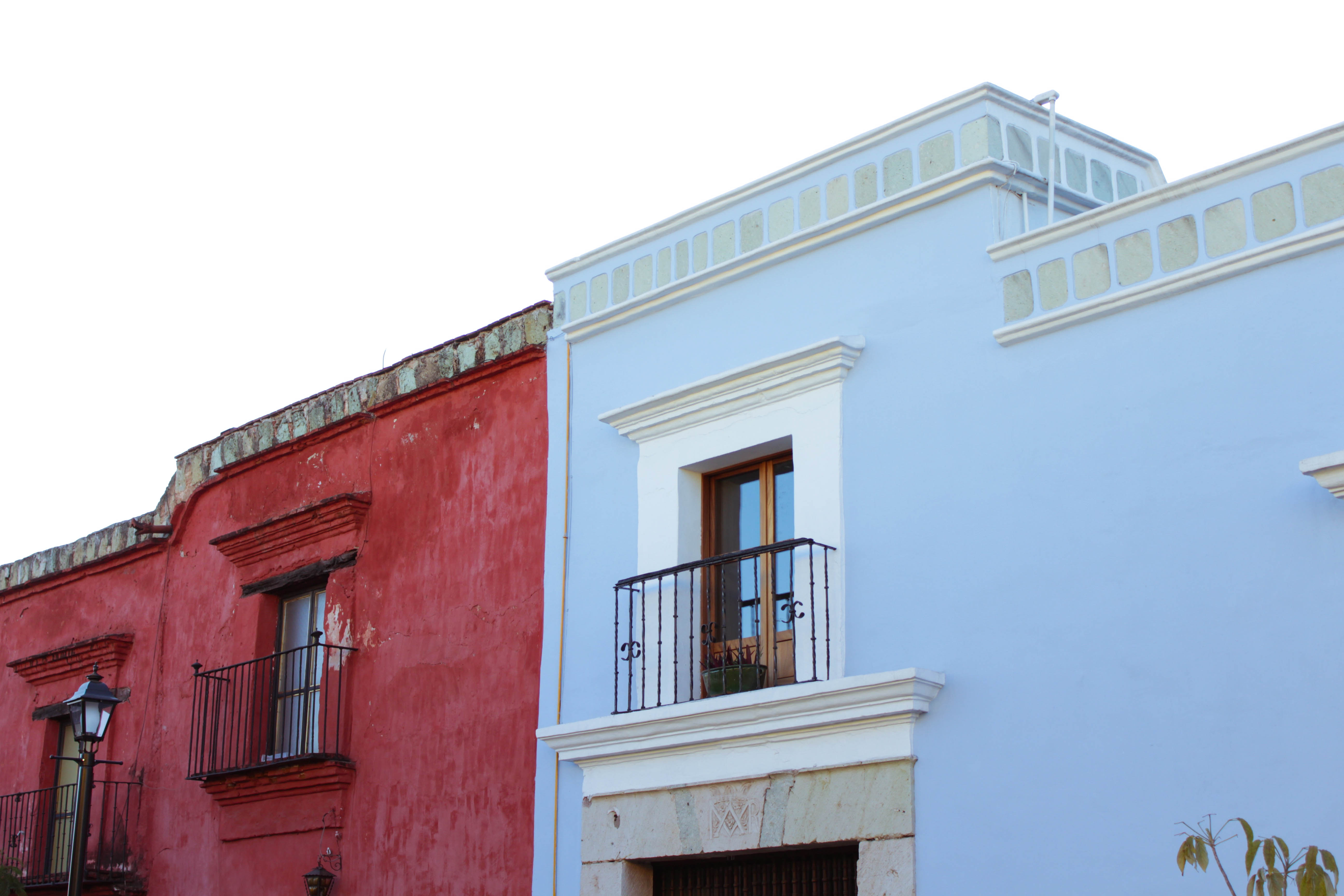 As the Zapotec man explained, all colors and materials to produce the vivacious textiles are derived naturally. One particular example was the usage of the insect grana cochinilla. The grana cochinilla embeds itself in the pores of the tuna (cactus), where it is then placed in the sun to dry up. The grana cochinilla hardens, is crushed into dust, and then mixed with various volumes of water or lemon juice to obtain over 100 variations of red. Fun fact: grana cochinilla is the only non-toxic food colorant in the world. 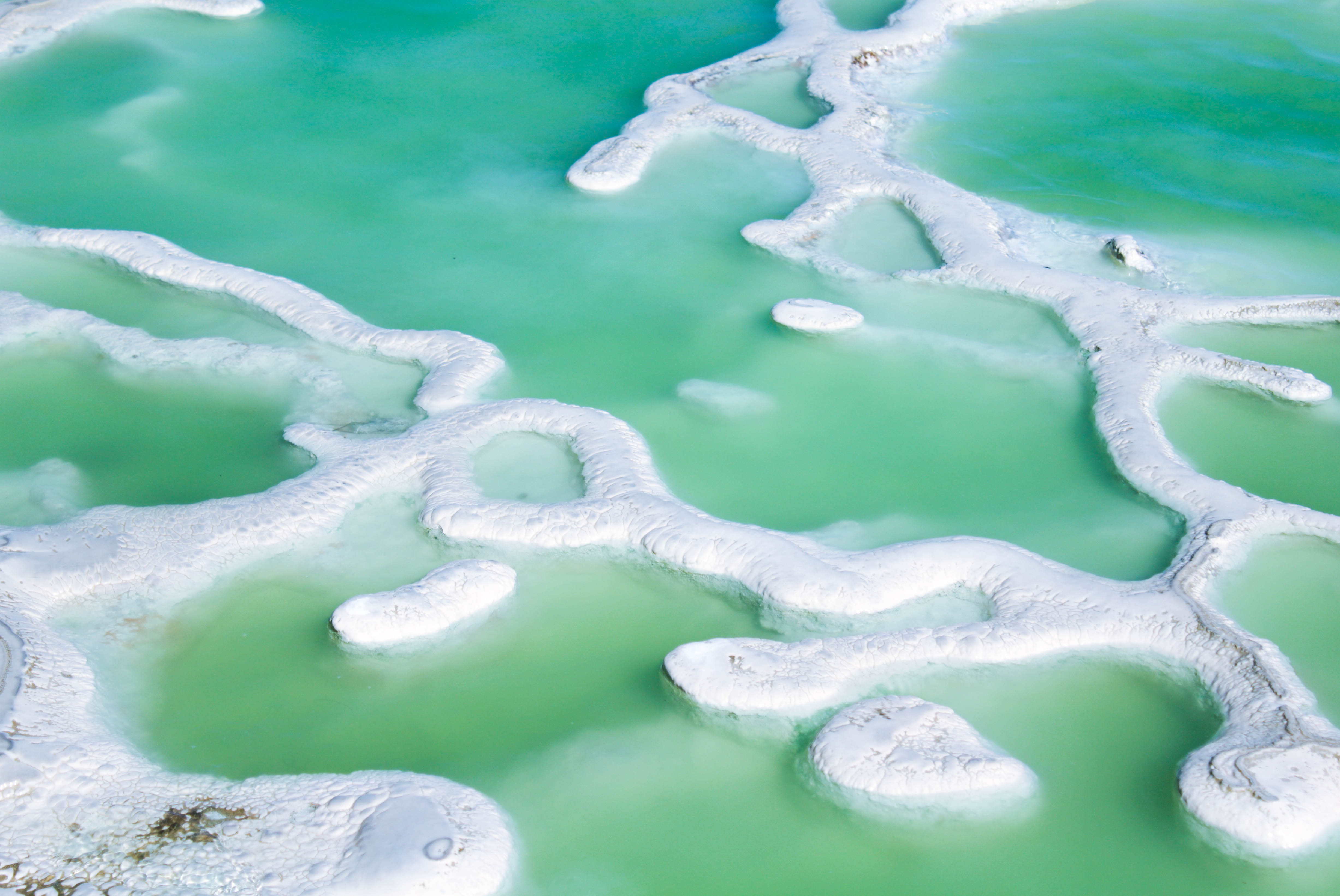 “And this was an arena, a stadium. What I want to tell you that [these] were not steps. Because you know what? We were 140 cm, 145 yes believe me. My grandfather and my father and my older brother were this tall. I drink Coca-Cola and that’s why I’m taller. You know what? Those were seats, for an arena. Have you all been to any stadium? Obviously. To go upstairs, you take the stairway don’t you? Obviously. But what happens when you go upstairs? Your steps are even higher. And no one told you that if you step sideways, it’s easier. This is one of the best architectures we have in the world. Come on.”

-Personal recording of the best tour guide ever, connoisseur of Zapotec culture and an expert at dropping knowledge nonchalantly.

Bat: “That one there, is representing the bat. I am an Indian man. You know, in Mexico, every single Catholic family they’ve got that Guadalupe virgin. I, in my house, I have a bat. The bat is the best farmers friend, its flying is the best one, fast as a sharp. That is representing the lightning, it’s the best pollinator and the guano is used as a fertilizer.”

Yourself: “It’s representing yourself. You’re most excellent, you as the center. You are the naval of the universe, and you must be the best.”

“Mezcal is a distilled spirit, and can be made from some thirty varieties of agave, or maguey. It is typically produced by farmers using a laborious and antiquated method, at primitive distilleries known as palenques, and sold or shared in villages to mark births, funerals, and everything in between. Contrary to popular belief, it does not induce hallucinations. Originally, “mezcal” was a generic term, like “wine,” for a spirit produced all over Mexico. Tequila, a two-billion-dollar global business, is just a style of mezcal; developed in the state of Jalisco, it is made from a single variety, the blue agave, using a largely industrialized process, and consumed on spring break in the form of slammers.

Traditionally, the agaves used for mezcal are roasted in an underground pit, wild-fermented in open vats, and distilled to proof, yielding a punchy, petroly, funky spirit that is thought to be a uniquely eloquent expression of terroir. Regulations allow the proof to fall between 72 and 110—but hard-liners hold that anything lower than 90 isn’t “real” mezcal.”

“High up in the mountainous splendor of the Sierra Madre del Sur, nearly permanently enveloped in mist, lies the small town of San José del Pacífico. Located shortly after Miahuatlan, just as the air thins and the road begins to swirl in progressively emetic turns, the sleepy hamlet appears as a welcoming break to churning stomachs.

It’s merely a topographic blip halfway between the city of Oaxaca and the Pacific Ocean, picturesque but perhaps inconsequential to the outside world if not for its historical relation with psilocybin mushrooms, commonly known in Spanish as “hongos” and in other languages as magic mushrooms. This last tidbit explains how I came to see dragons spewing clouds across lavender skies, weightless and breathless, fallen prey to the kaleidoscopic lure of San José del Pacífico.”