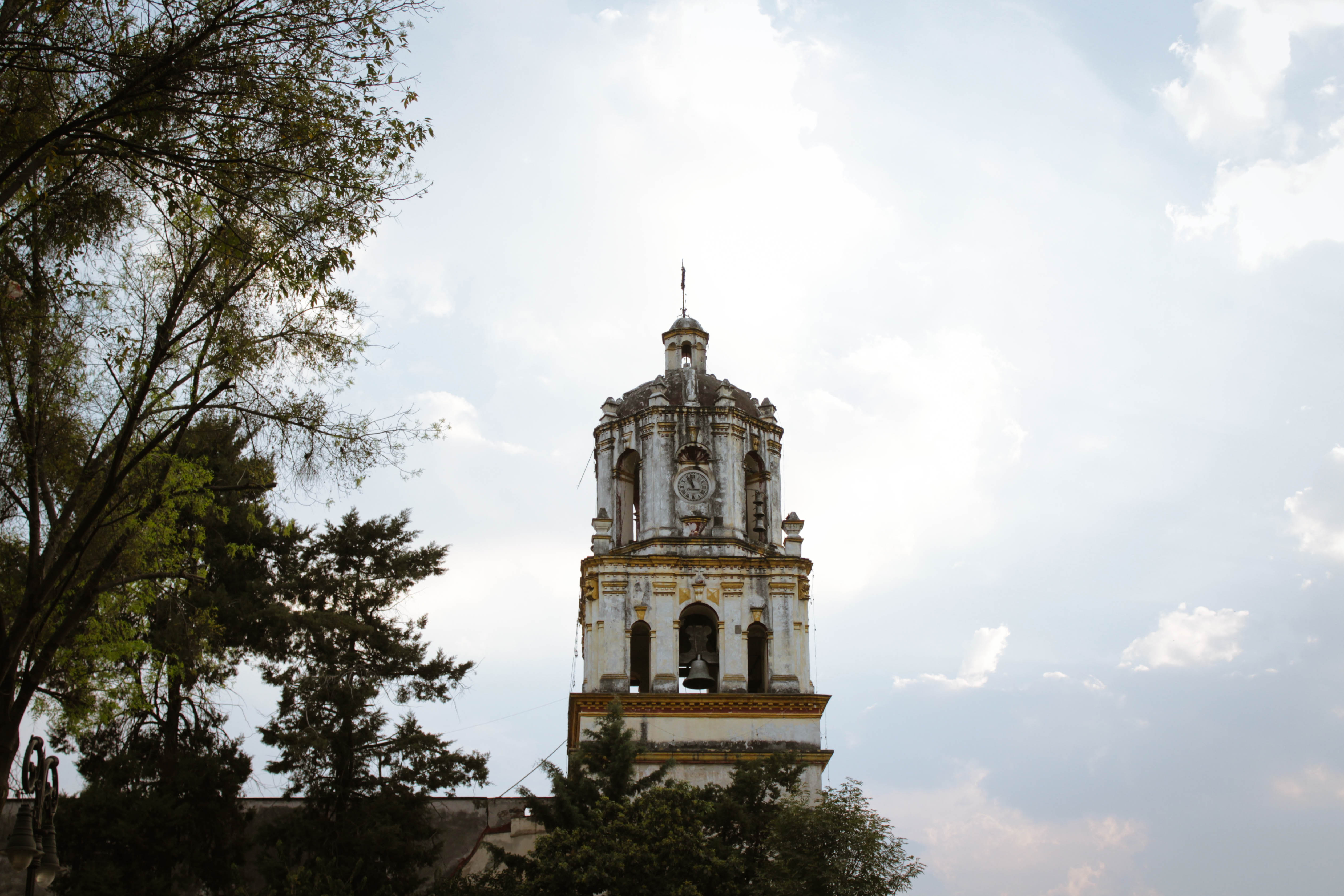 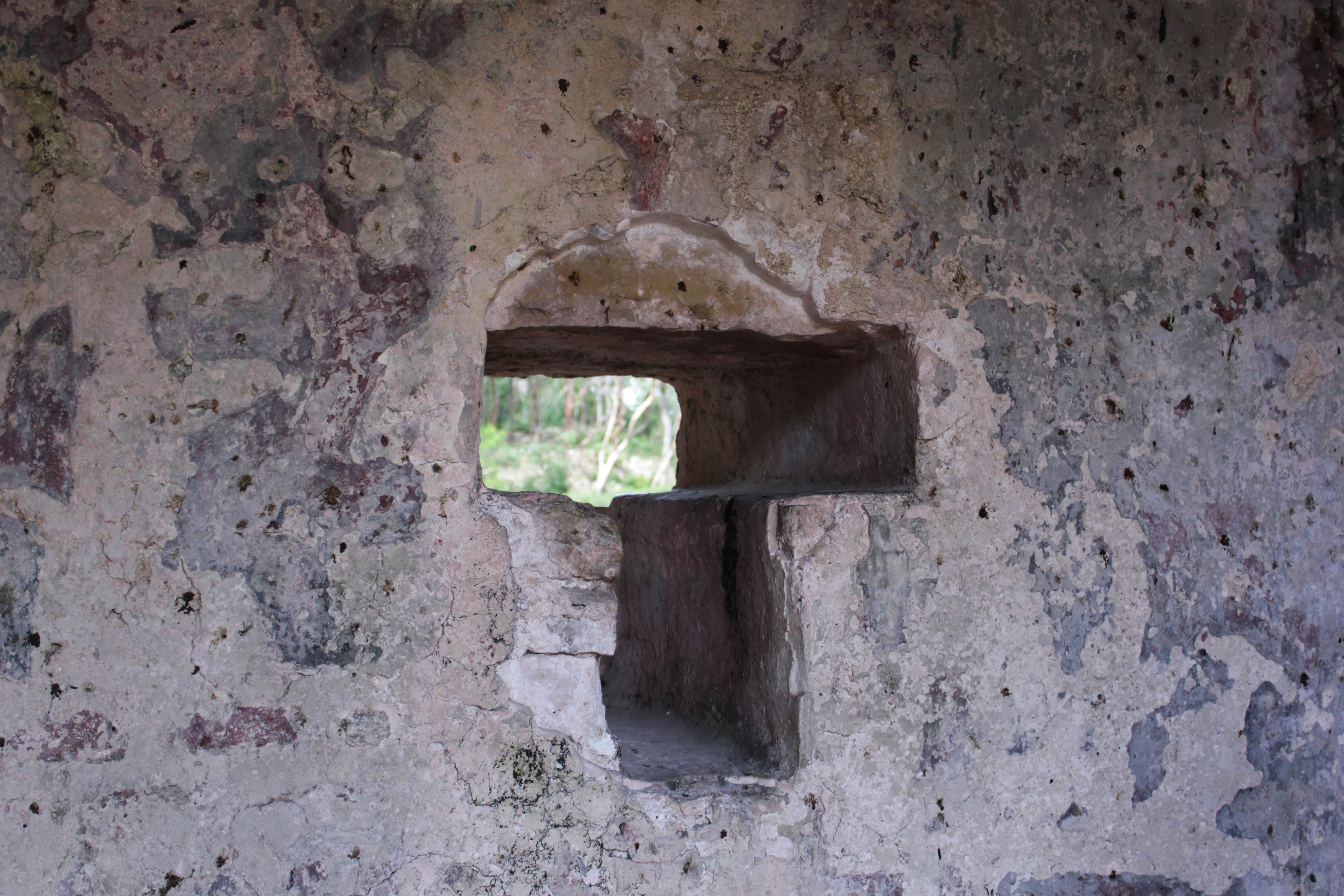 One of the most surprising facts of my trip was the meaning behind this design: a uterus. In the Mayan civilization, women also ruled and fertility was of utmost importance. 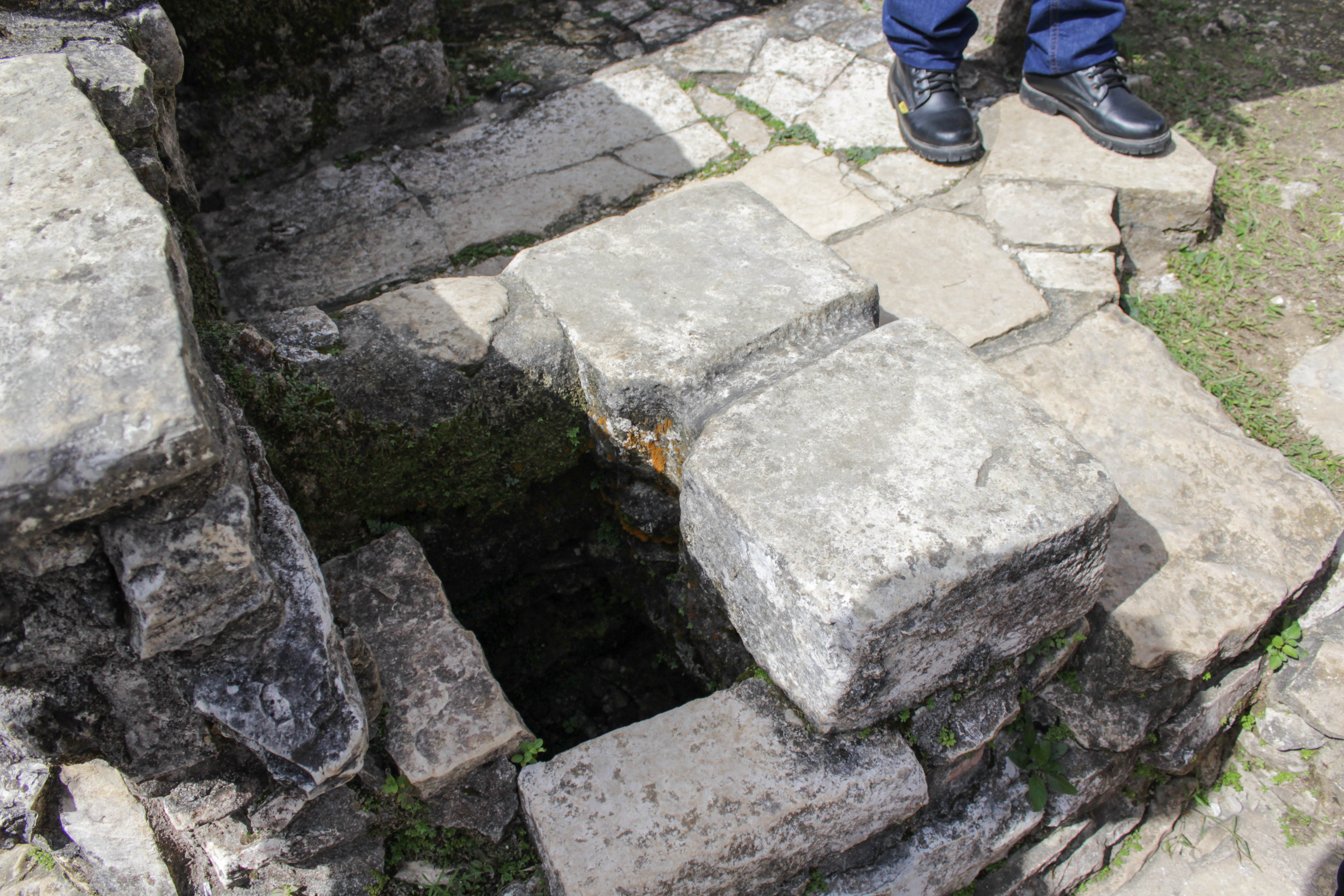 Second interesting fact: they had toilets. FURTHERMORE, these bathrooms were divided by gender AND they had a sewage system that was lined with scented herbs and plants to mask the scent. How genius. 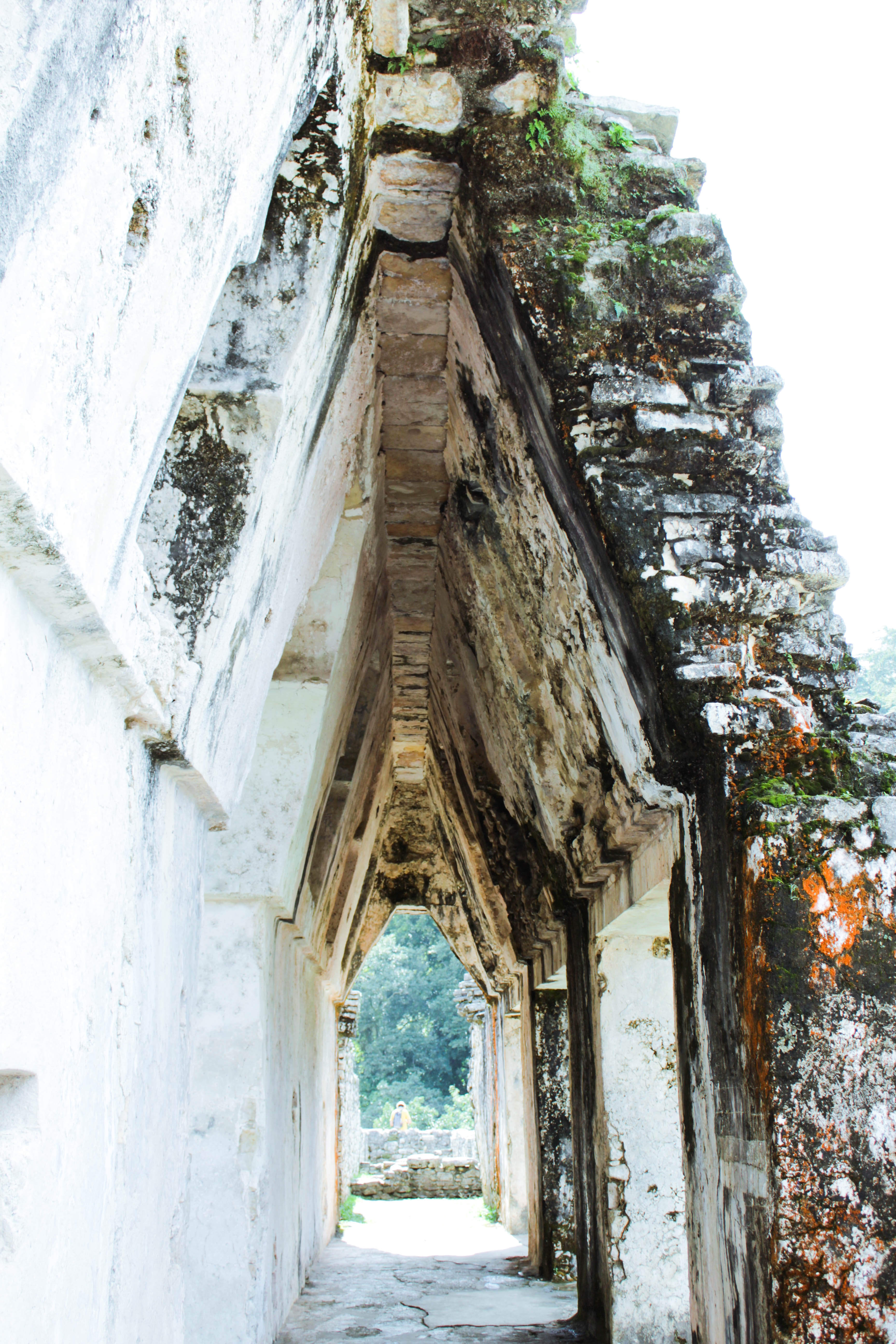 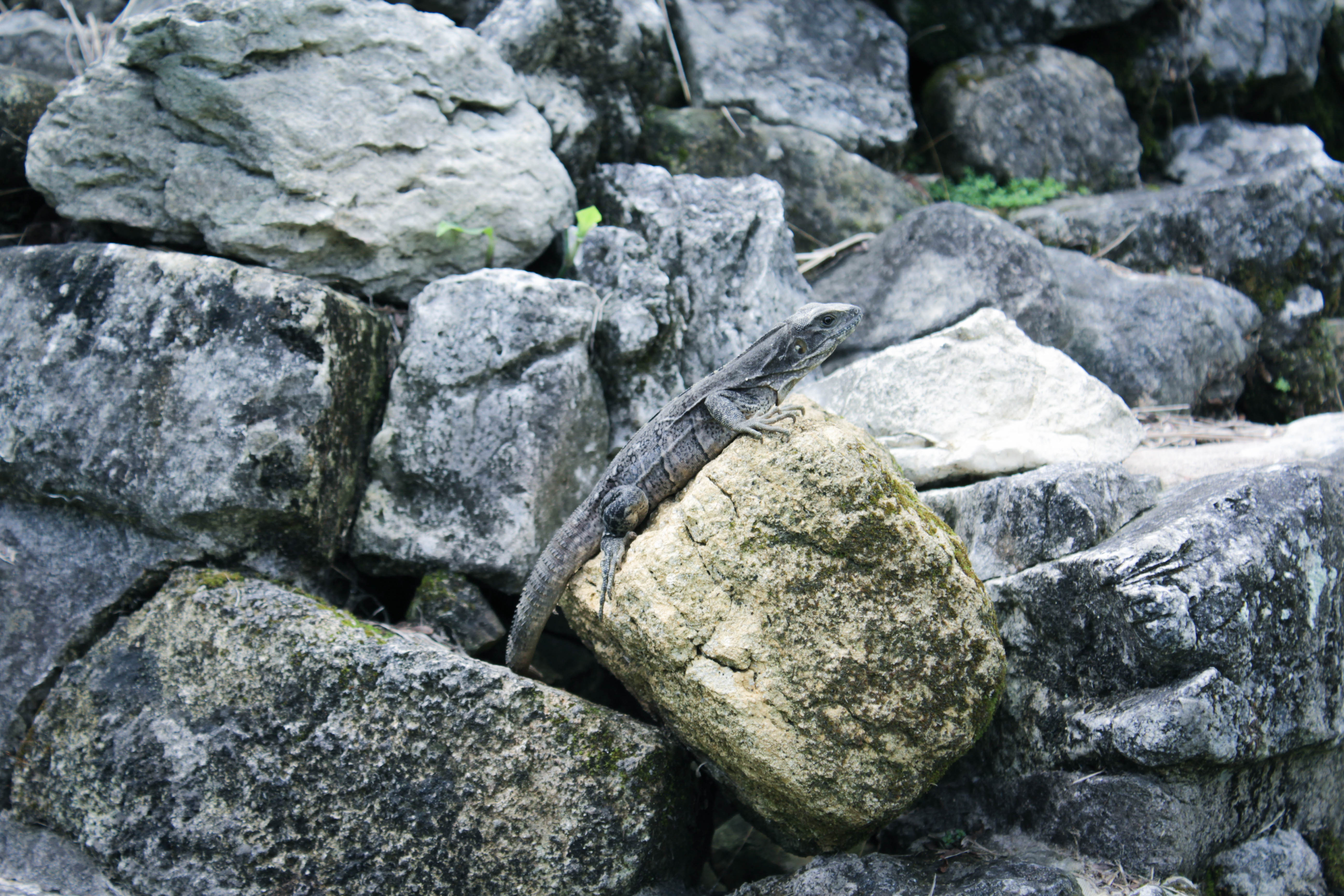 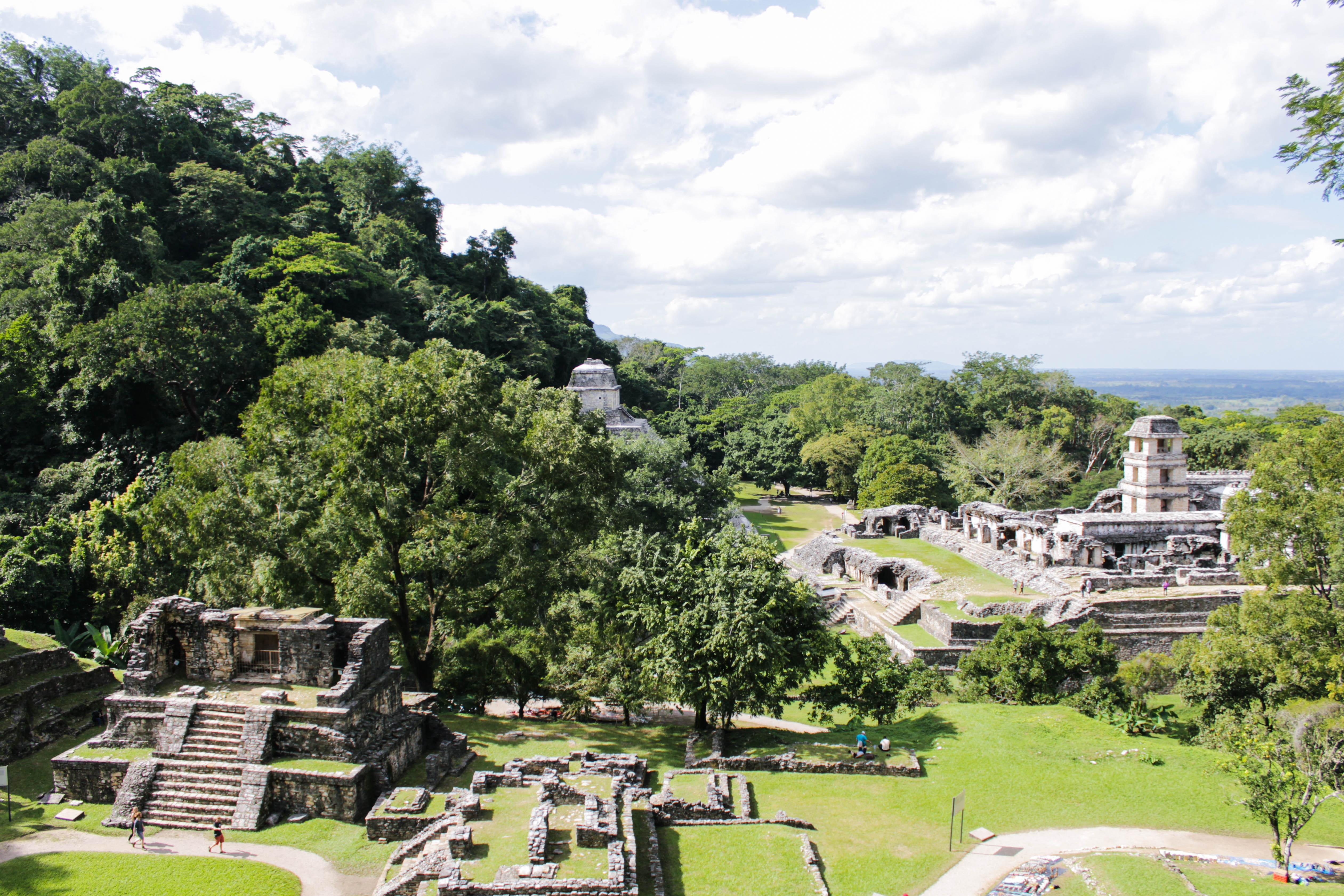 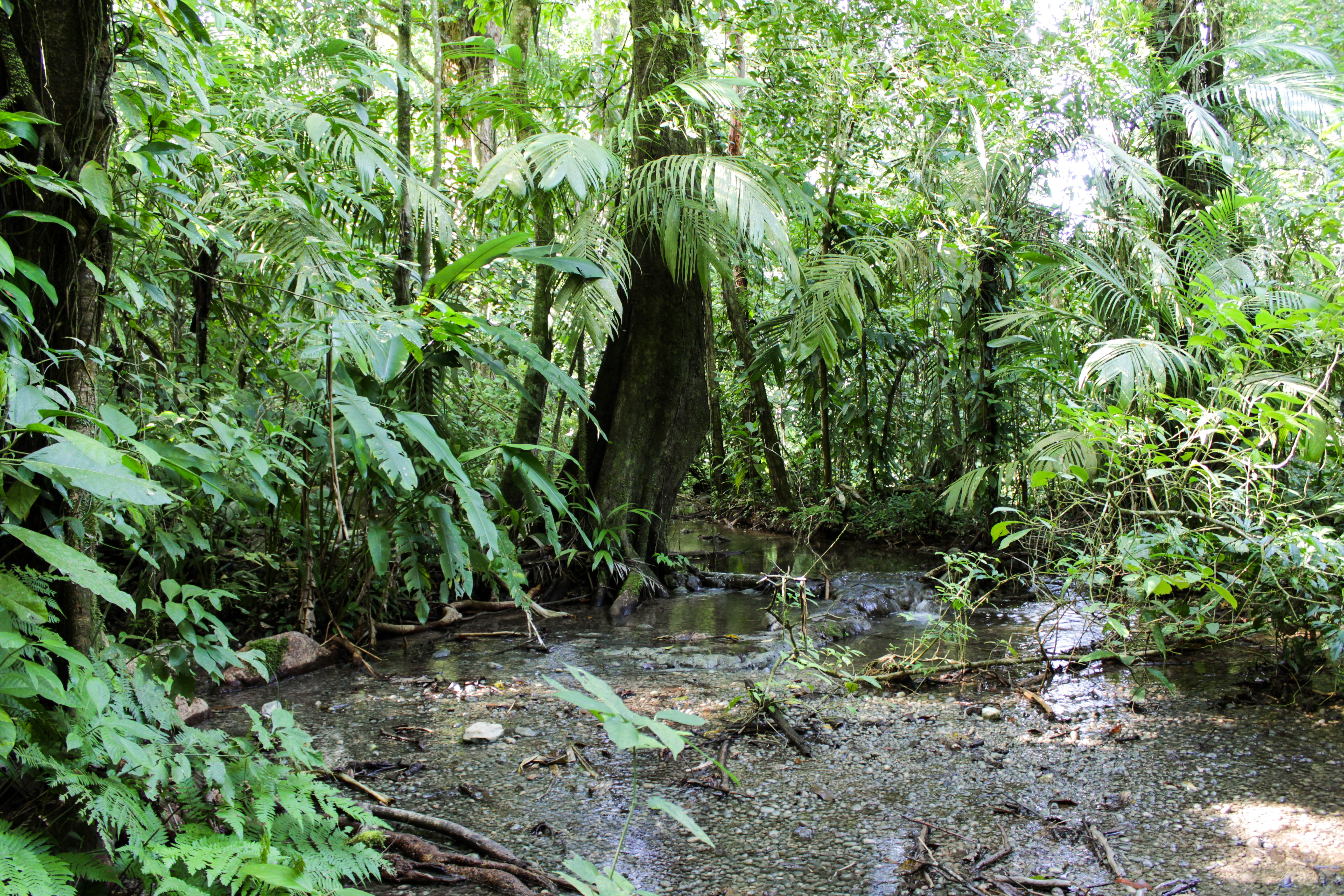 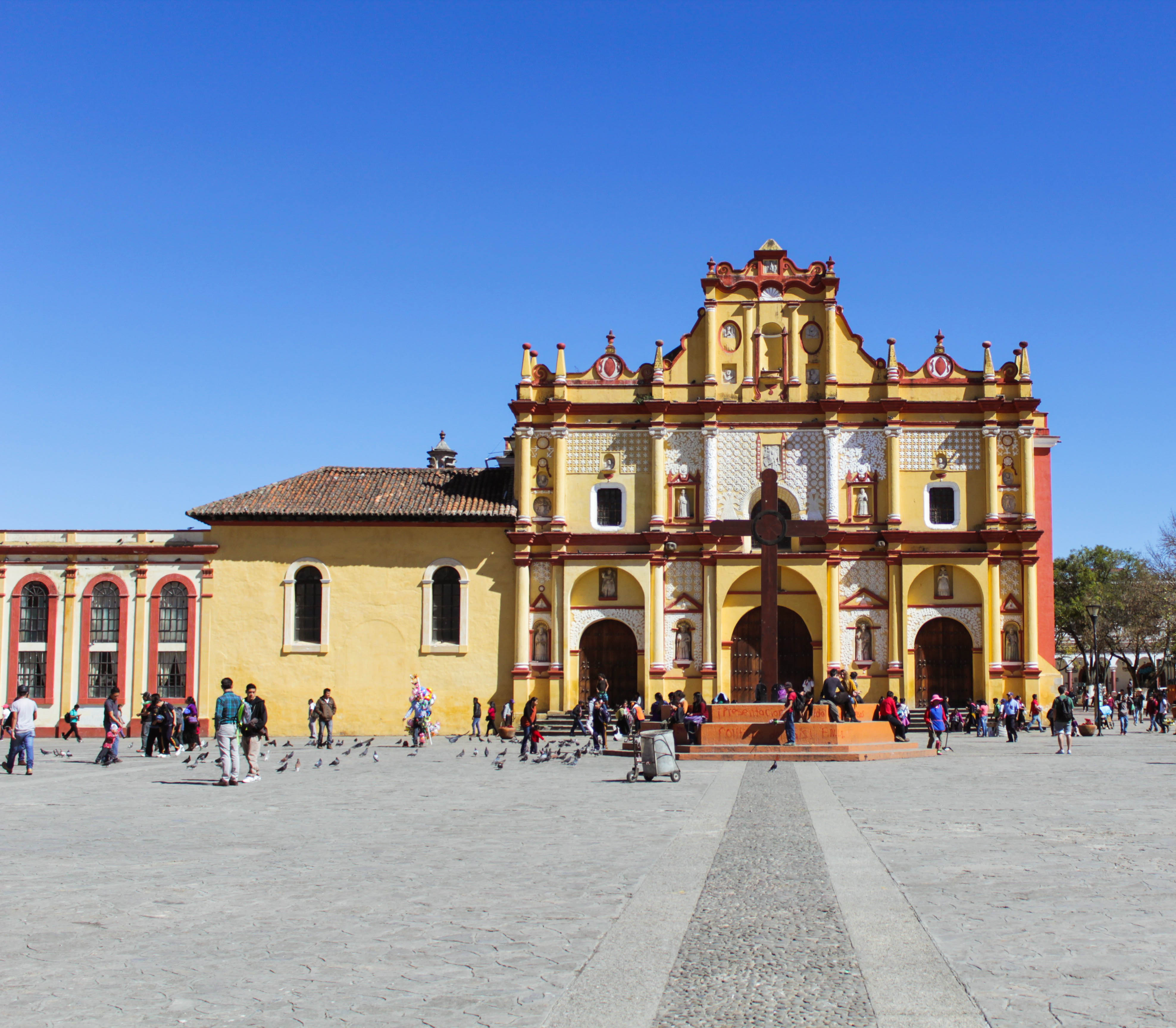 “For thousands of years, Maya peoples, ancestral to the present-day Tzotzil and Tzeltal peoples, have continuously lived in settlements in the general area of the modern city of San Cristóbal de las Casas. In 1528, the Spanish conquistador, Diego de Mazariegos established the settlement of “Villareal de Chiapa de los Españoles” as a regional base after defeating the Zoques and Chiapanecos in fierce fighting. The settlement became the capital of the province of Chiapas. On March 1, 1535, the Spanish crown bestowed the settlement with un escudo de armas and renamed the city, “San Cristóbal de los Llanos” after its patron saint, St. Christopher. The settlement was given the title of city on July 7, 1536, and once again renamed to “Ciudad Real de Chiapa”. By 1577, the city selected don Juan de Meza as its first mayor.” 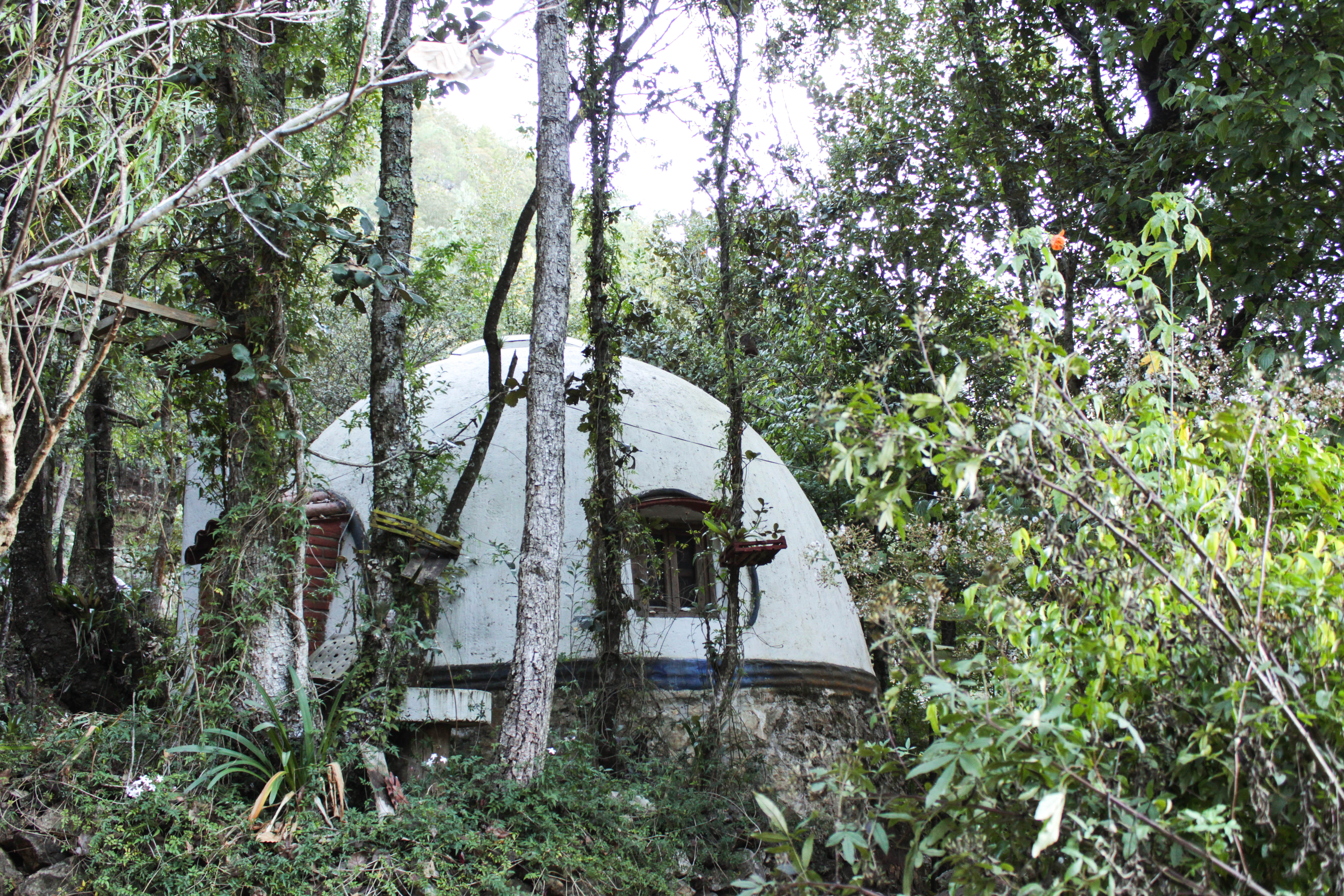 Don Lauro is a highly regarded chaman of the region. We arrived in his settlement for a 4 o’clock Energy class. The description of the class was always answered with an air of mystery. Sadly, Don Lauro never showed up, perhaps caught up in a mystical trip up in the mountains. Nonetheless, I felt no regrets, it just wasn’t meant to be at the time. 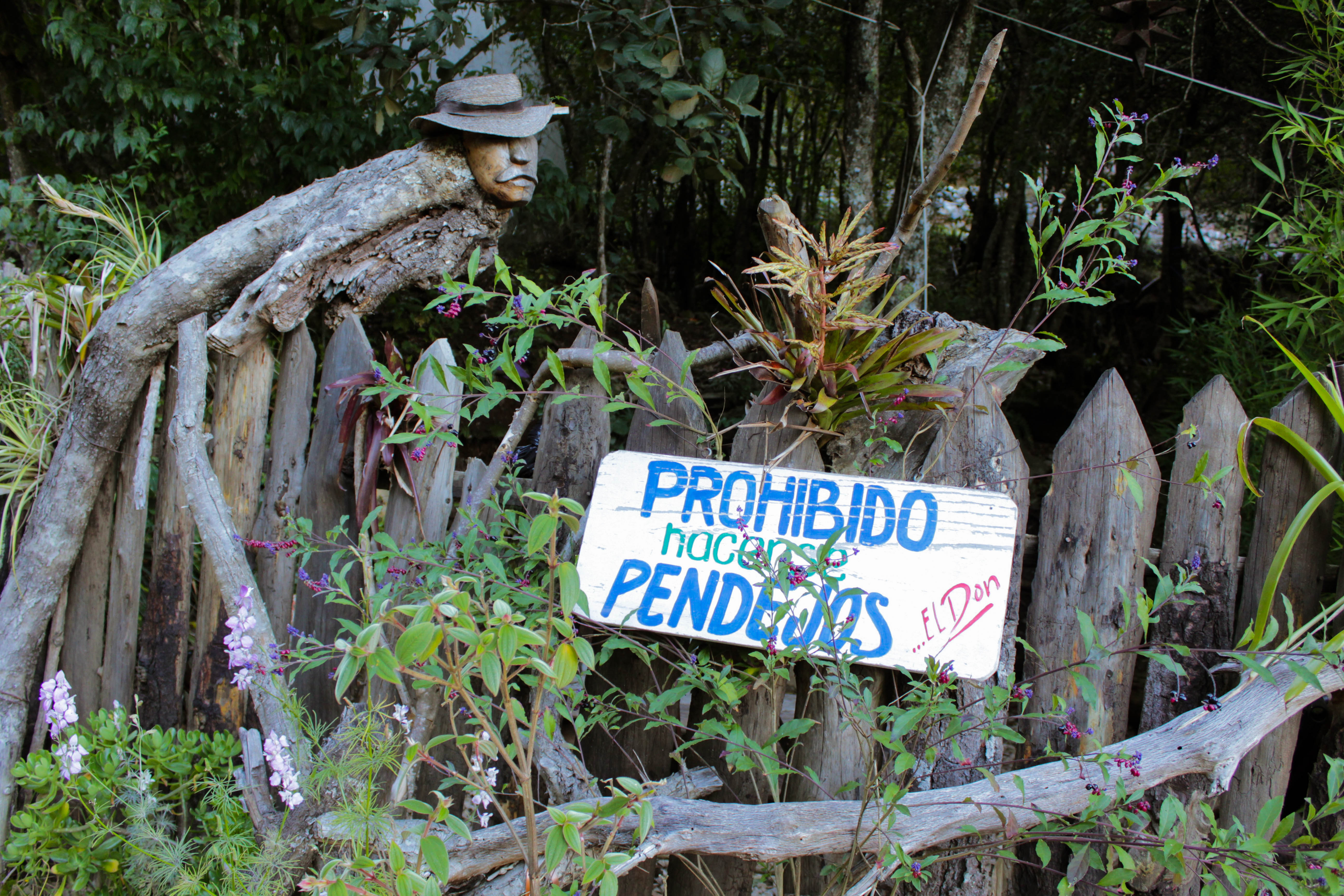 Frans Blom was a Danish explorer who, along with his wife, developed a thirst for Mayan culture and knowledge. He dedicated his life uncovering, excavating, and discovering the remains of the Mayan civilization. 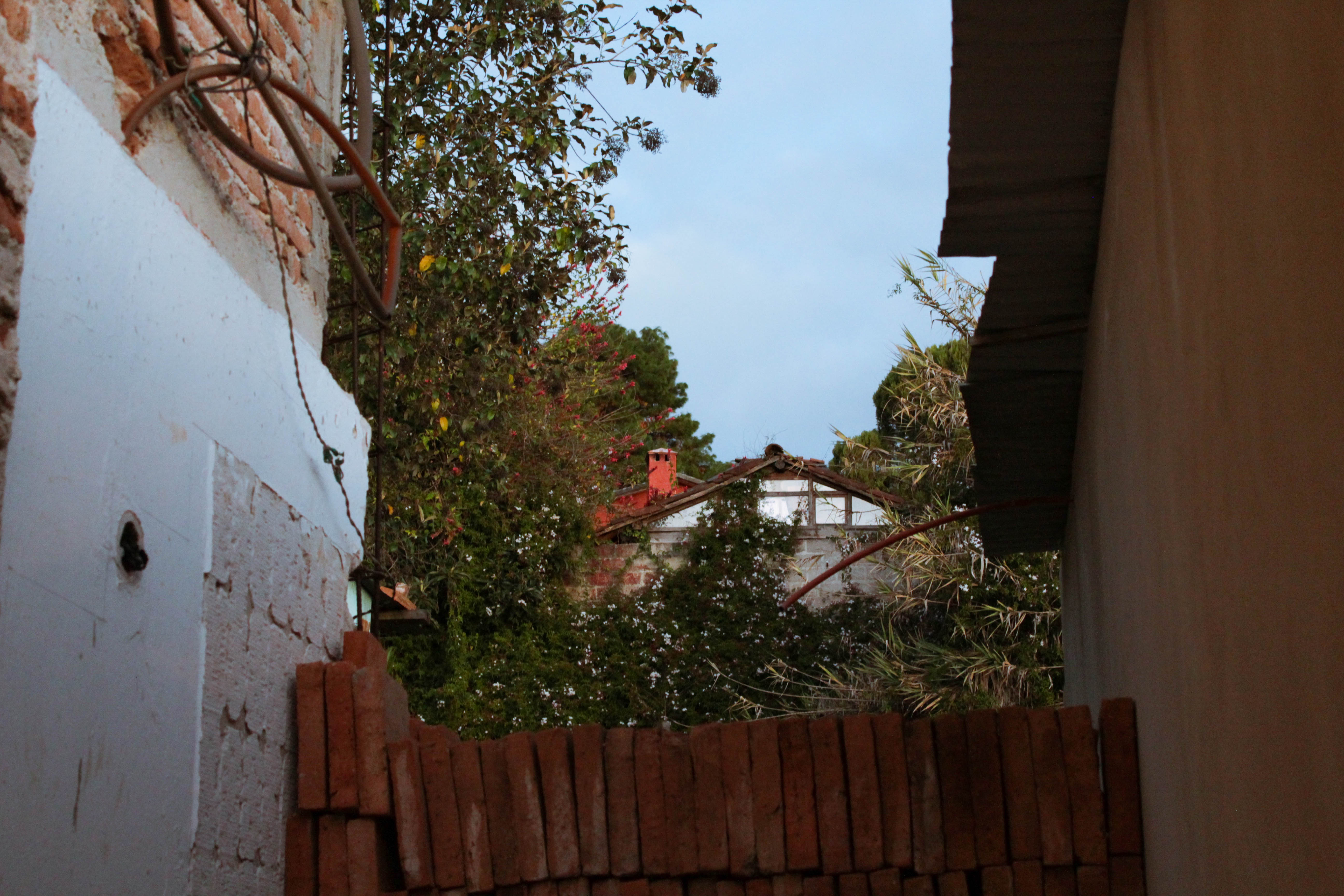 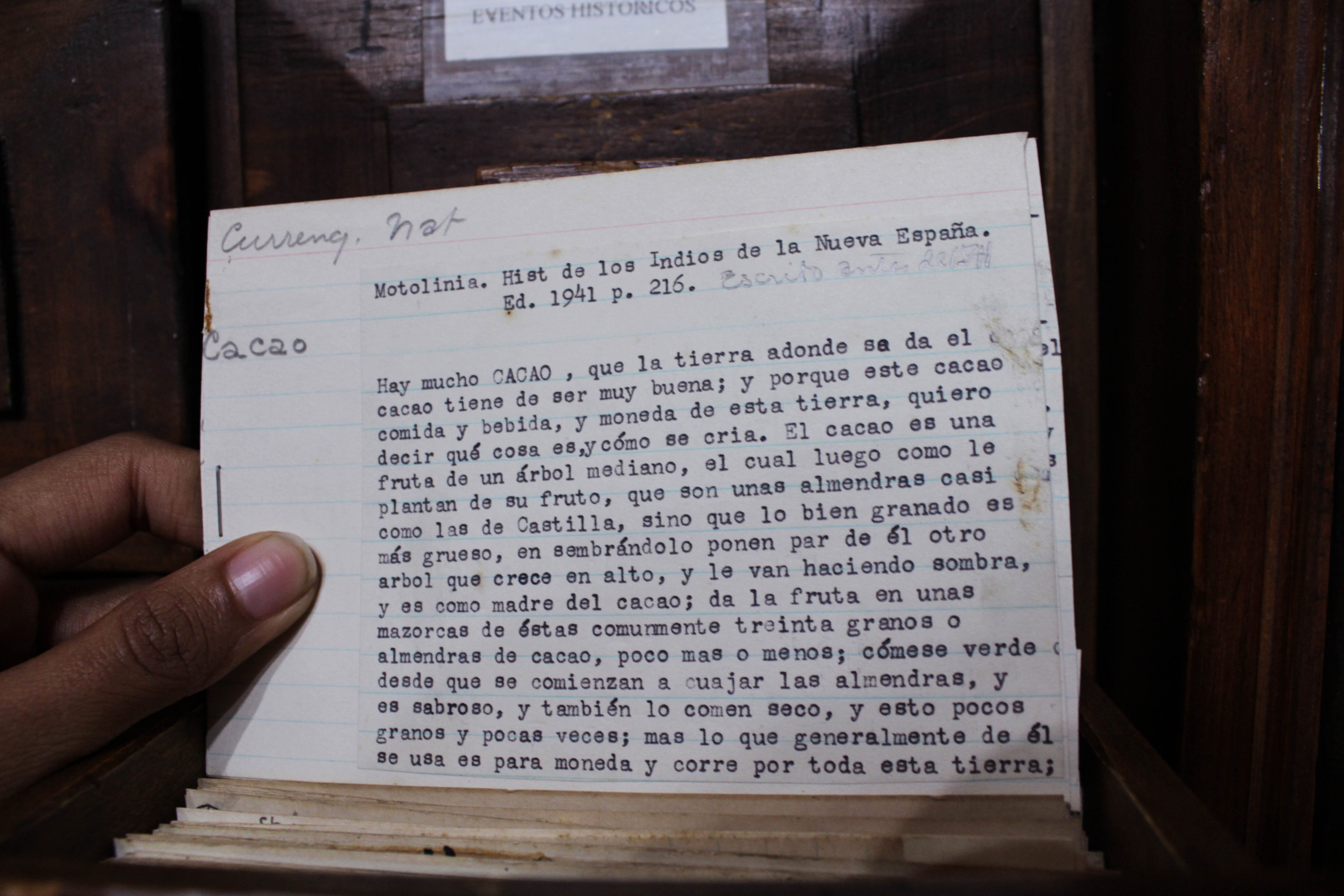 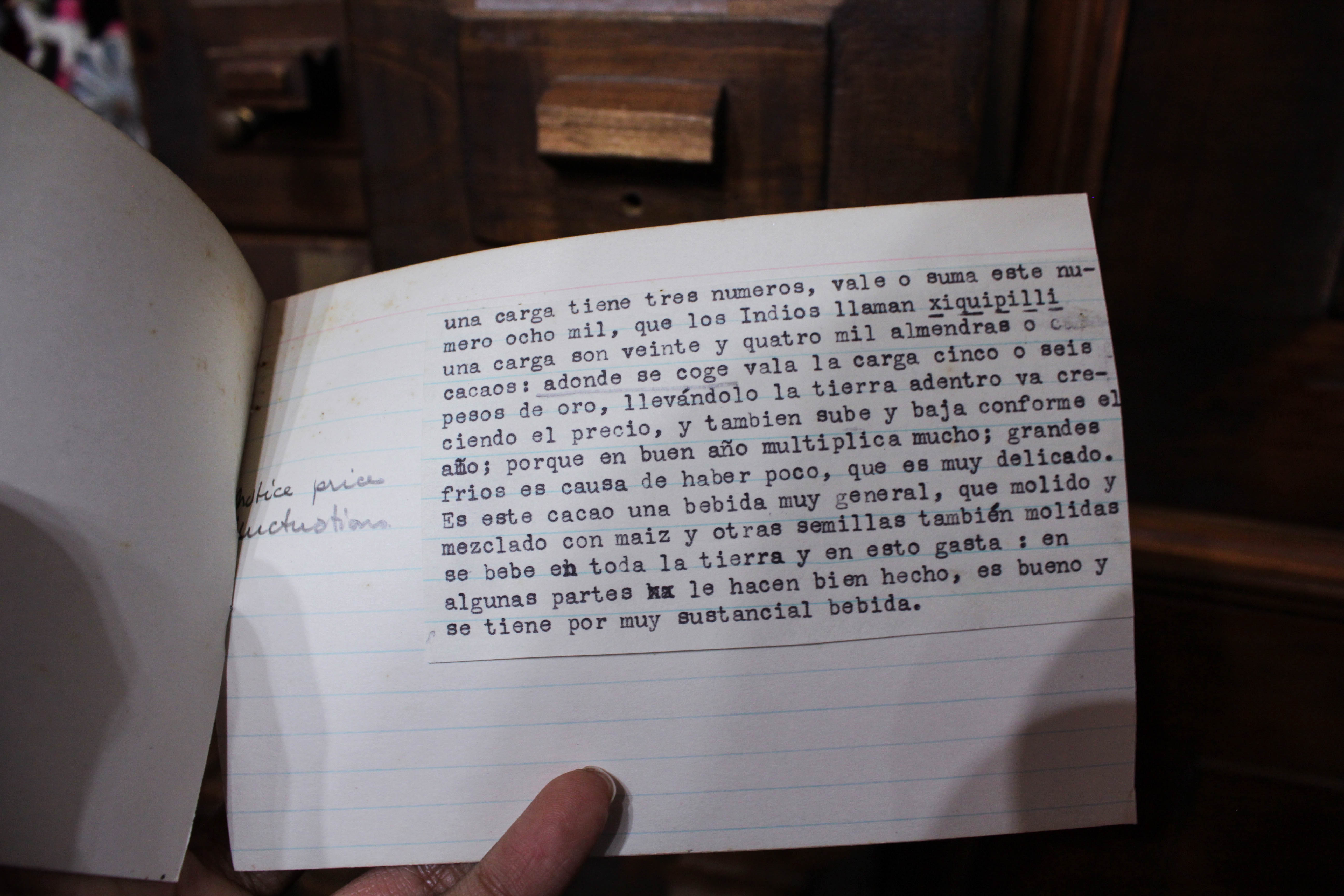 “Both the Mayans and Aztecs believed the cacao bean had magical, or even divine, properties, suitable for use in the most sacred rituals of birth, marriage and death. According to Chloe Doutre-Roussel’s book The Chocolate Connoisseur, Aztec sacrifice victims who felt too melancholy to join in ritual dancing before their death were often given a gourd of chocolate (tinged with the blood of previous victims) to cheer them up.

Sweetened chocolate didn’t appear until Europeans discovered the Americas and sampled the native cuisine. Legend has it that the Aztec king Montezuma welcomed the Spanish explorer Hernando Cortes with a banquet that included drinking chocolate, having tragically mistaken him for a reincarnated deity instead of a conquering invader. Chocolate didn’t suit the foreigners’ taste buds at first –one described it in his writings as “a bitter drink for pigs” – but once mixed with honey or cane sugar, it quickly became popular throughout Spain.

By the 17th century, chocolate was a fashionable drink throughout Europe, believed to have nutritious, medicinal and even aphrodisiac properties (it’s rumored that Casanova was especially fond of the stuff).  But it remained largely a privilege of the rich until the invention of the steam engine made mass production possible in the late 1700s.” 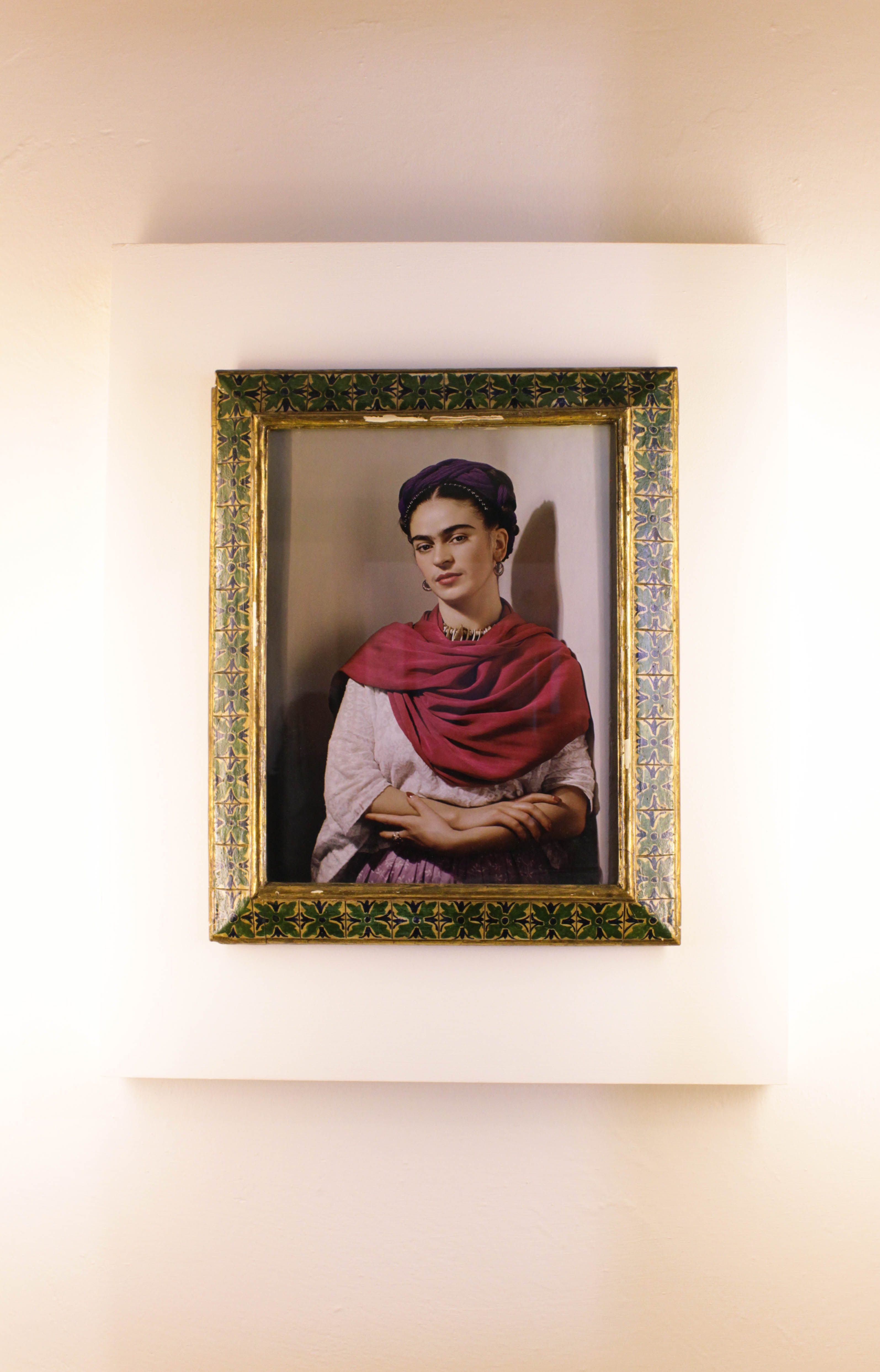 The couple found importance in maintaining their Mesoamerican roots in many aspects of their daily living, including cooking. Rather than gas stoves, they maintained a stove fueled by wood, giving the food a smoky taste. 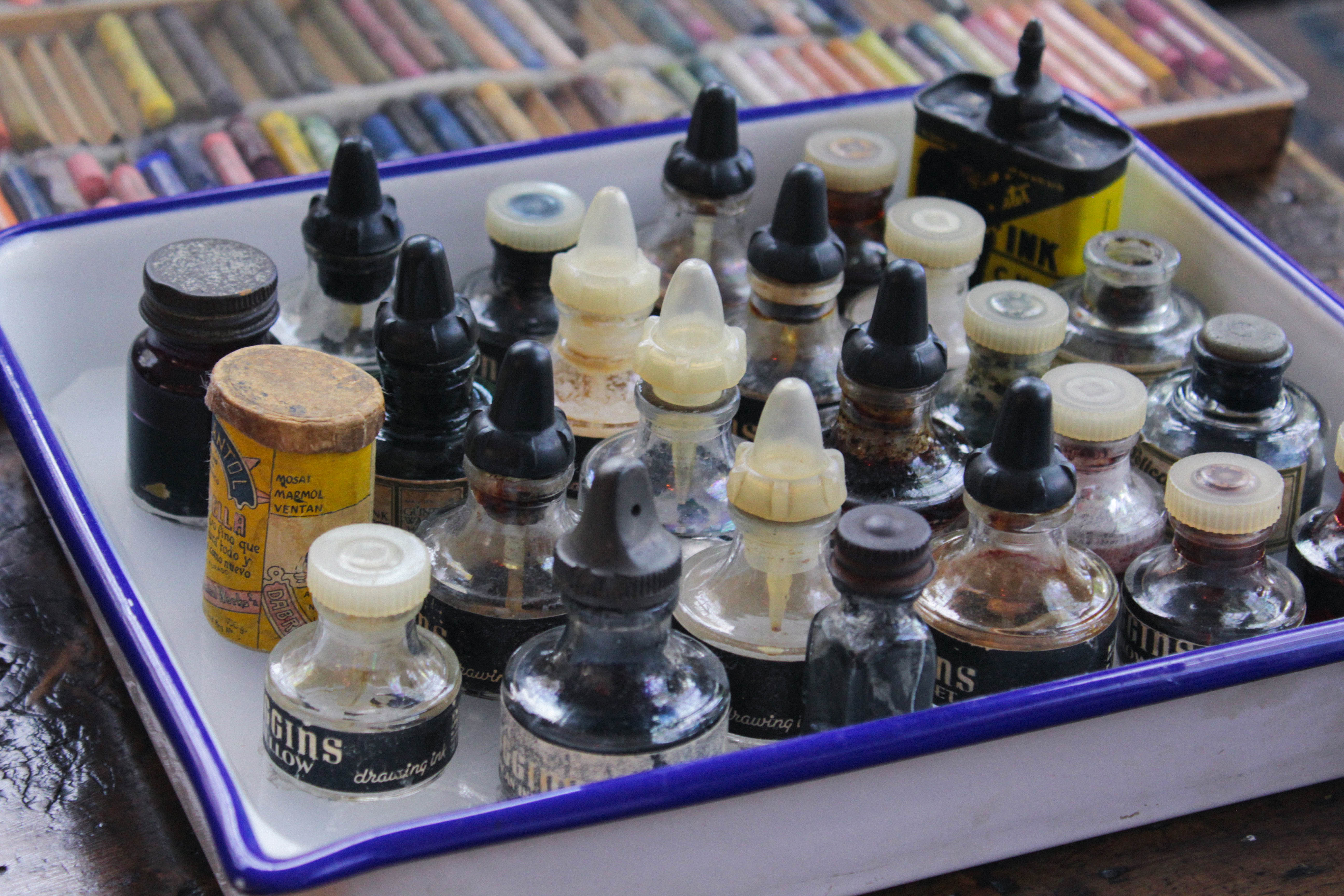 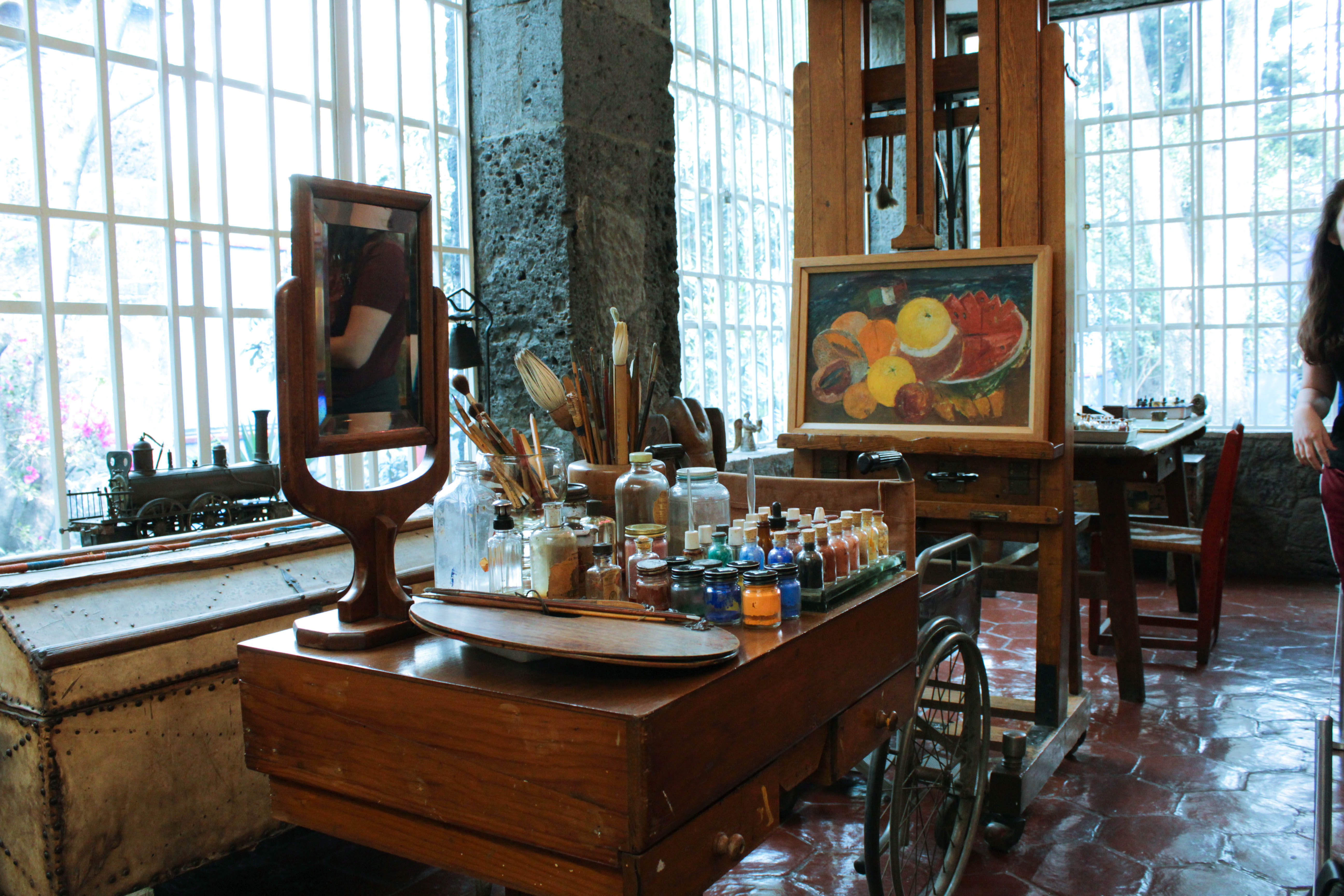 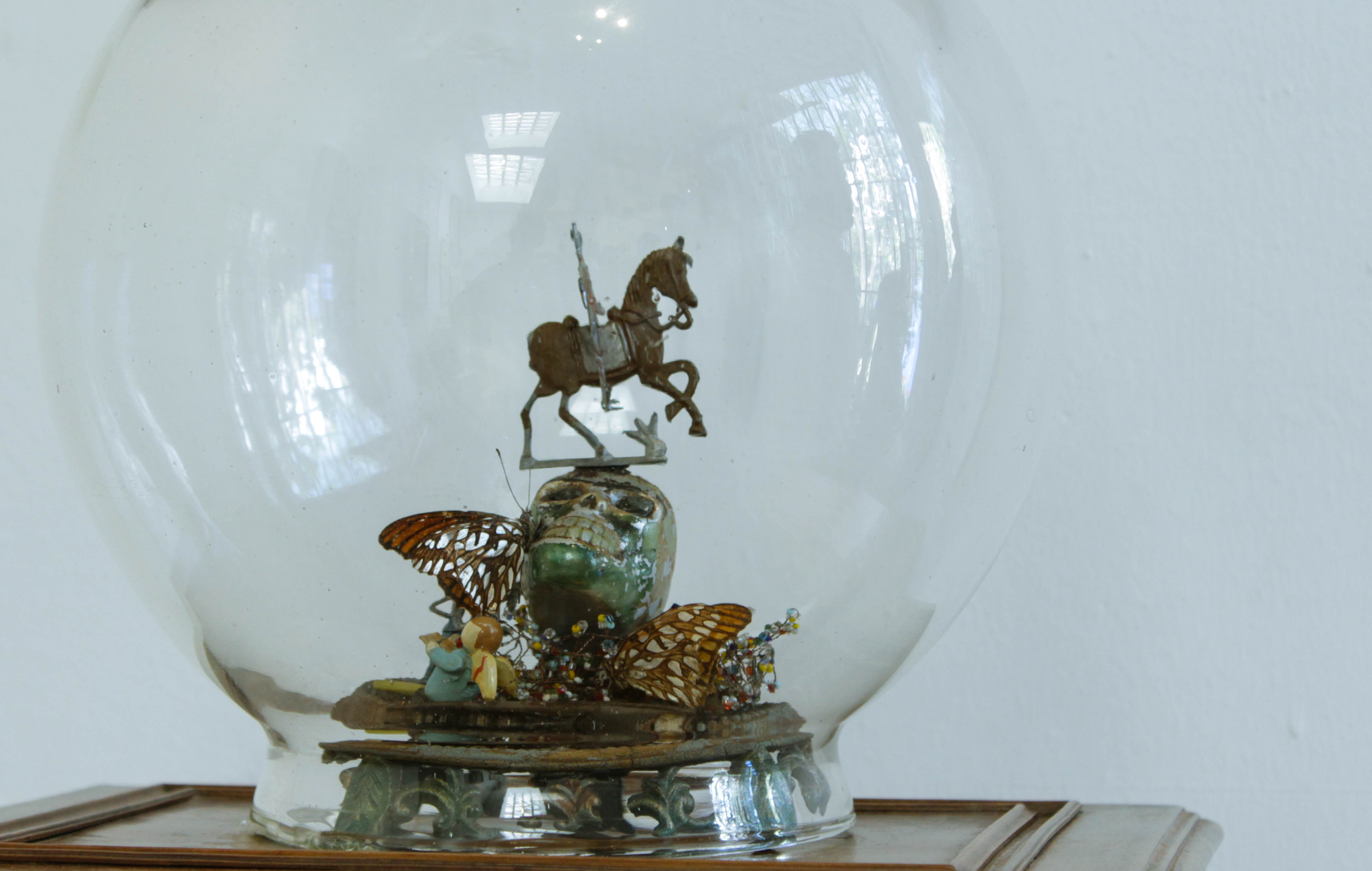 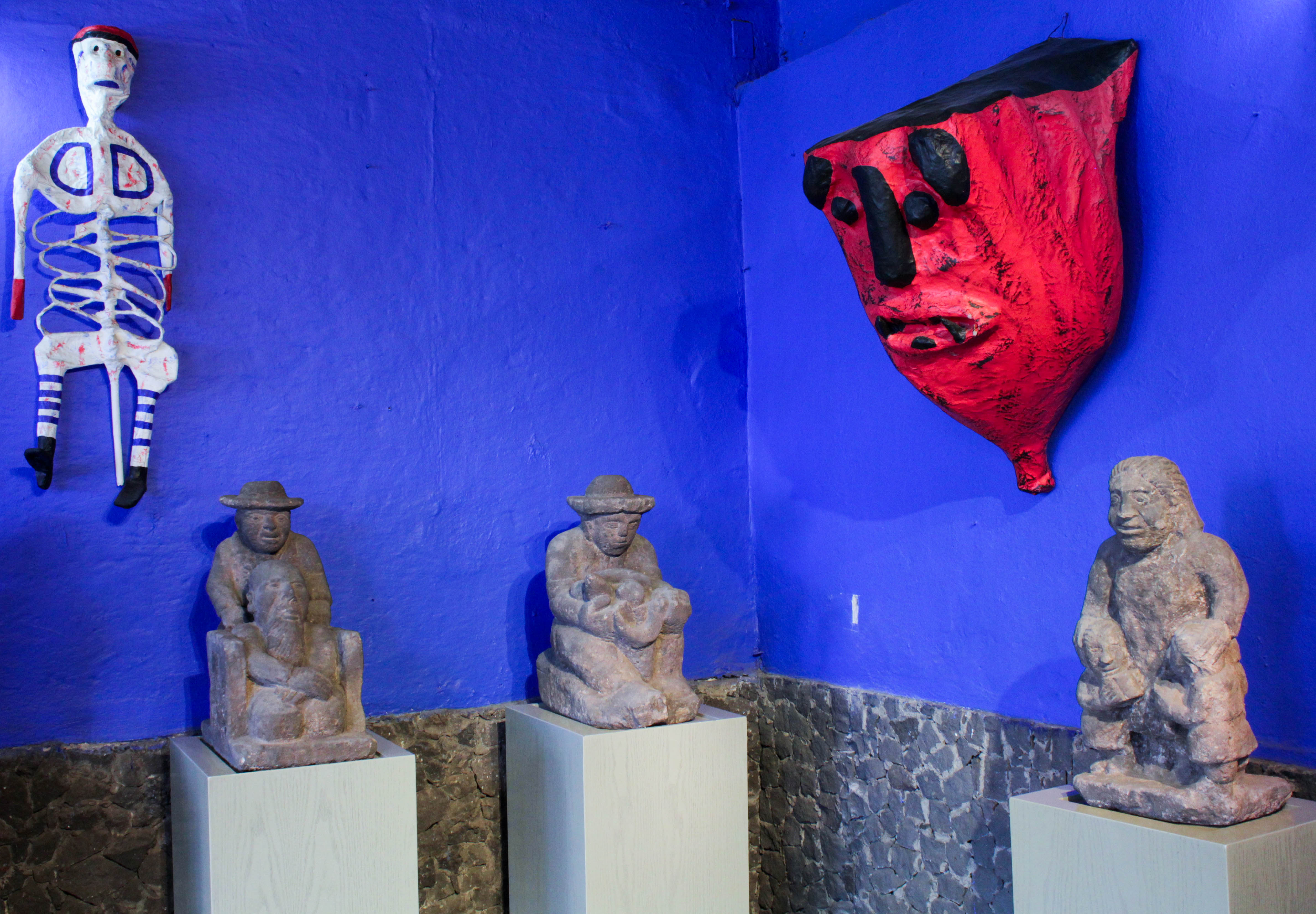 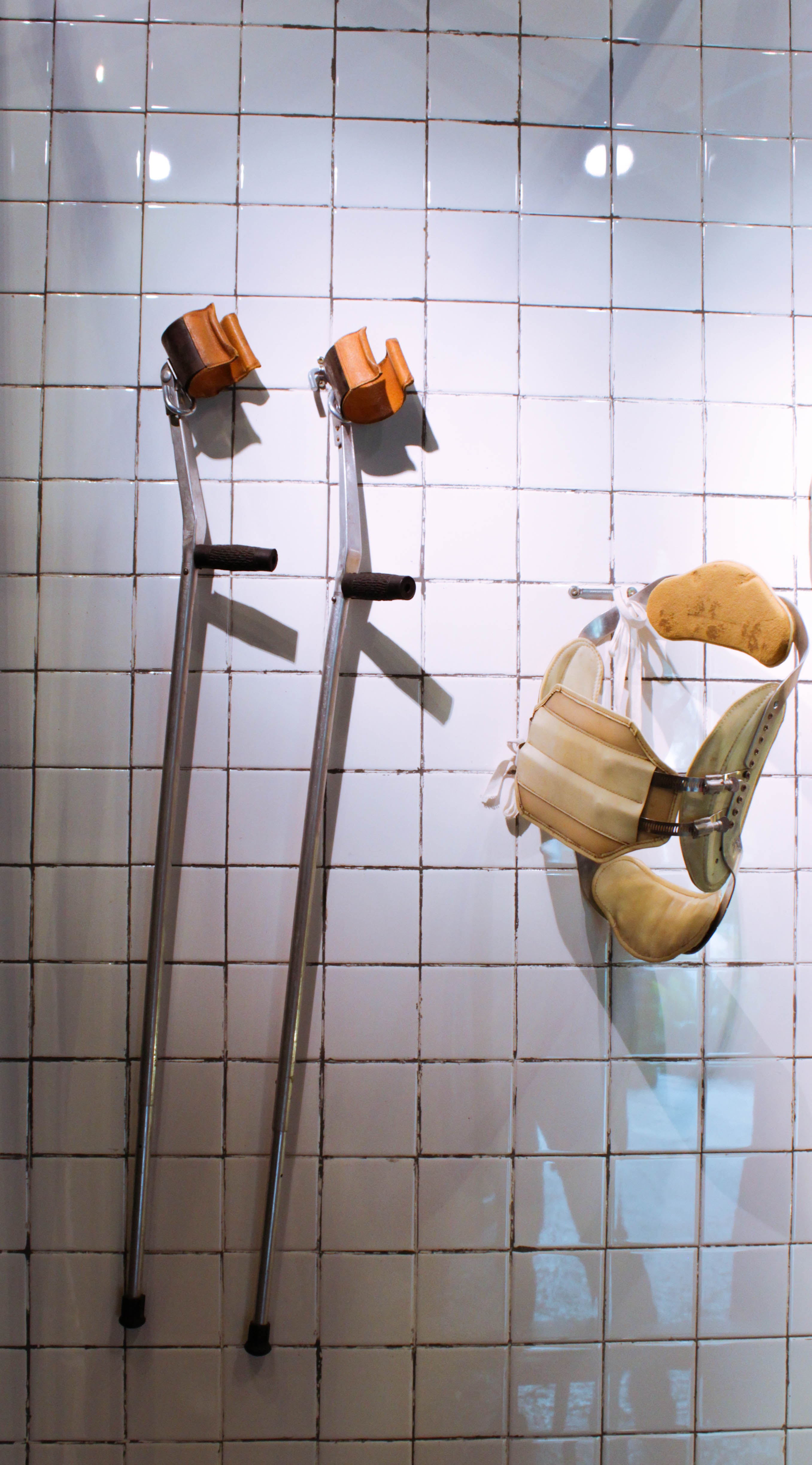 Kahlo suffered greatly from many maladies, including a spinal injury that never fully healed. She used crutches, corsages, and many other appendages to keep her upright. 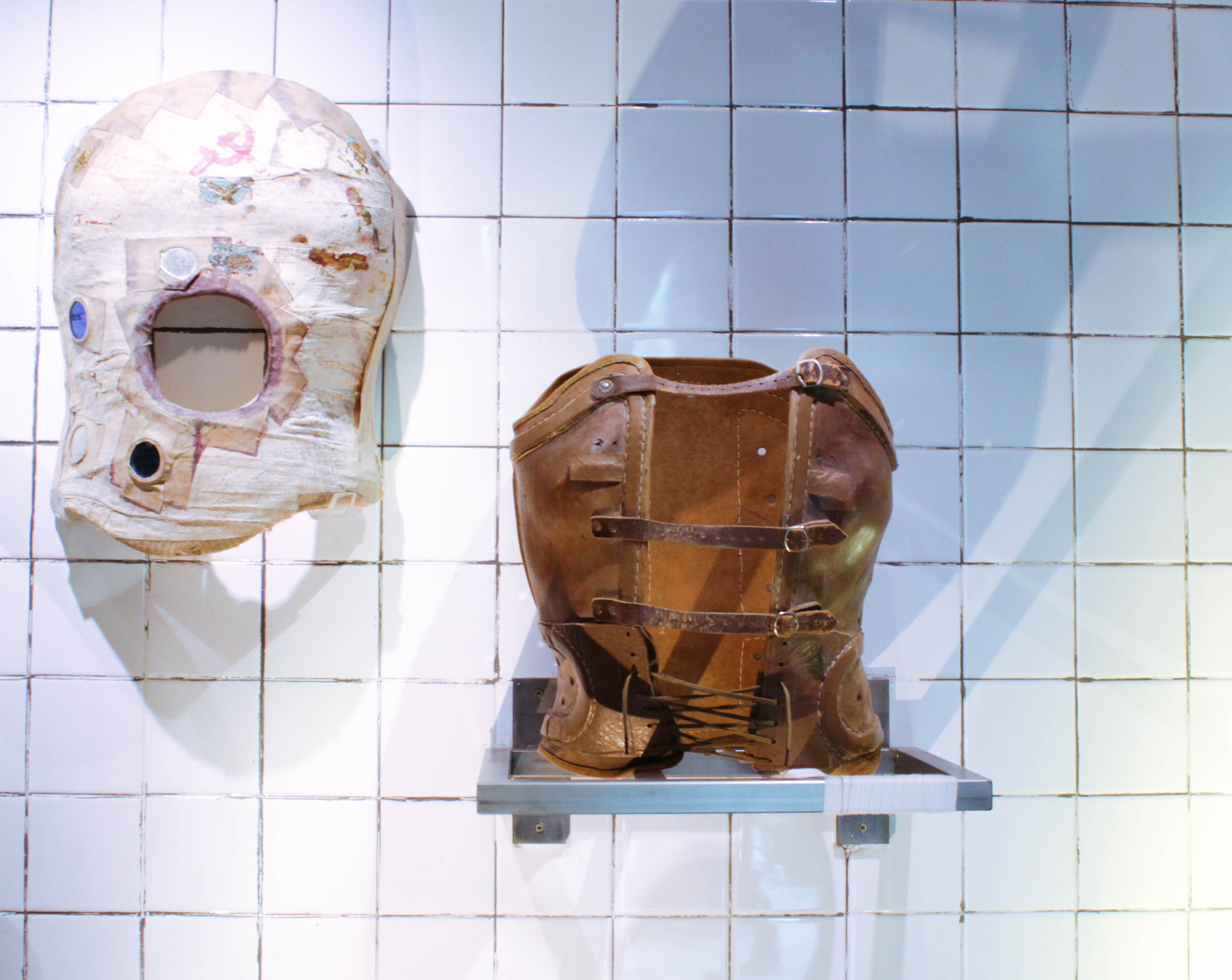 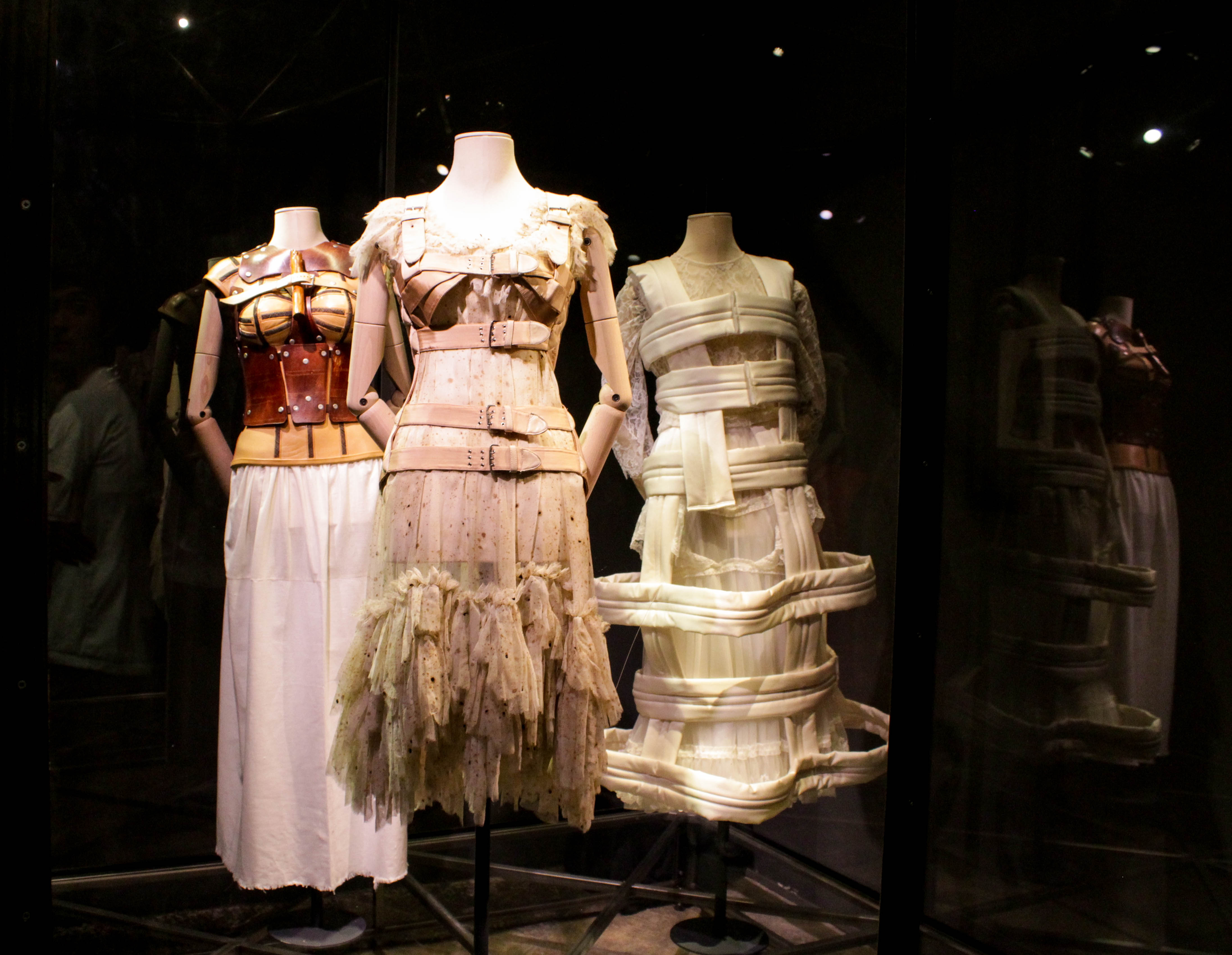 From the museum: “For Frida Kahlo, the Tehuana traditional dress was not only an object that she adapted to her body to hide her imperfections, but something she fused with and wore like a second skin. The Tehuana dress comes from the Tehuantepec Isthmus located in the south eastern part of Mexico in the region of Oaxaca. This matriarchal society is administrated and dominated by women and, as such, their traditional attire is a strong symbol of female power and independence. It has been said that the painter adopted this image to please her husband, muralist Diego Rivera, who was fond of the powerful ‘Zapotec’ women from this region of the Mexico. Nonetheless, this exhibition proposes that far from being a simple act of love, her use of a hybrid dress was a calculated stylisation, her log; Frida Kahlo was able to perceive the semiotic quality of the clothing, which lies within its role as a metaphorical vehicle, and is also easily understood by the eye of the onlooker. Frida’s use of this traditional dress to strengthen her identity, reaffirming her political beliefs, and concealing her imperfections, also built on her own sense of heritage and personal history. A revealing photograph appeared among the objects discovered in the bathroom in this house: the photograph is of Frida’s mother at the age of seven, sitting with Frida’s maternal family dressed in the traditional Tehuana dress taken years before Kahlo met Rivera.

Her decision to embrace these women’s dress, with its intricate hand embroidery, and with braids and flowers in her hair, appears to have a been a completely personal choice: on the one hand, it was a search for self-affirmation, possibly rooted in her mother-daughter relationship; on the other, as an intuitive ability to situate herself in the art world, at a time when women artists were fighting to win recognition for their work on its own merit; in her case as an autonomous figure distinct from her famous husband. The adoption of this dress was wise styling, a remedy that derived from the complex combination of her communist ideology, her desire to belong, her traditions and as a reaction to her disabilities.” 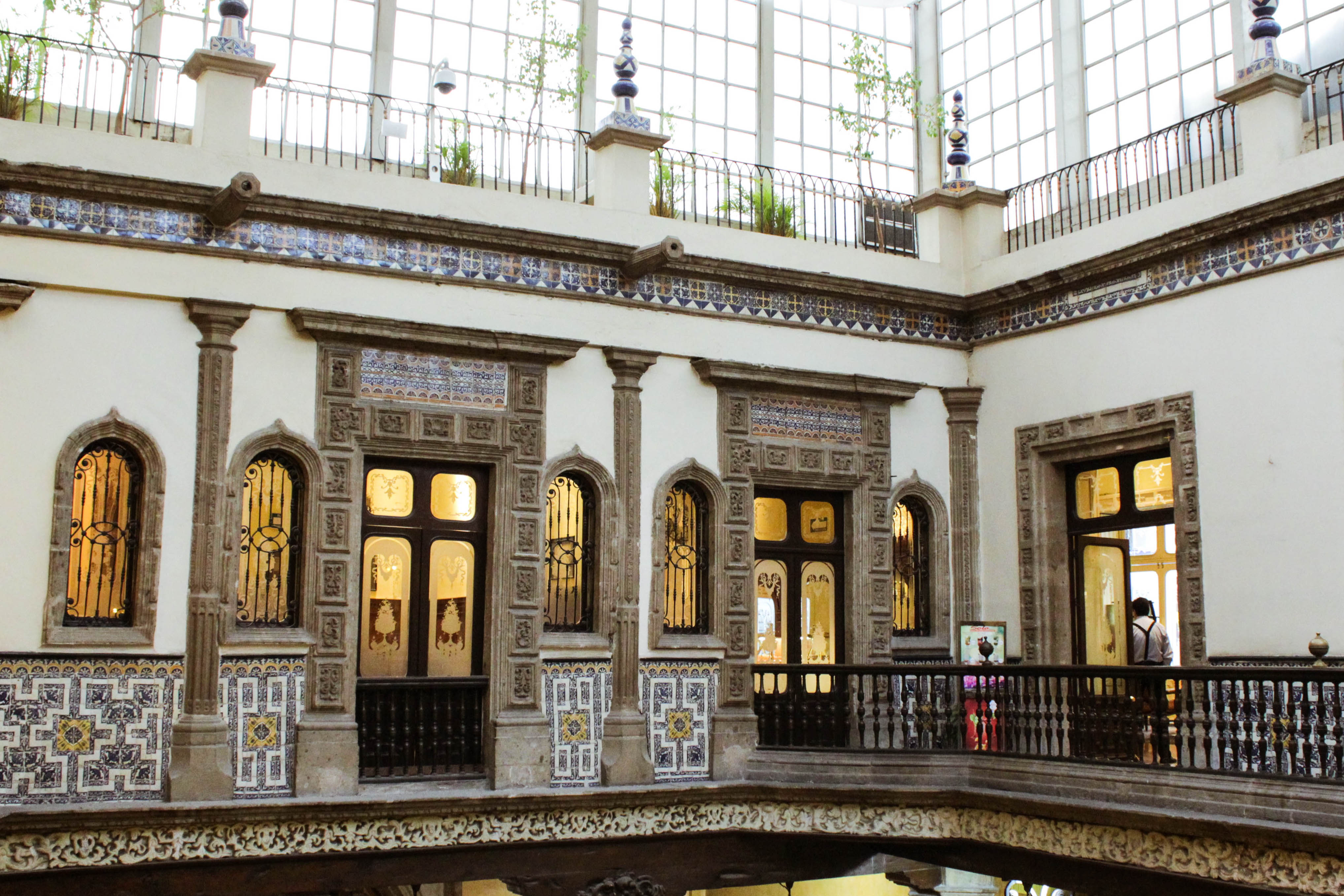